- It is to Greek mythology what Innistrad was to gothic horror
- Top-down design
- First time I lead the design and Erik Lauer led the development since Innistrad
- the block has an enchantment theme somehow connected to the gods
- The set has gods, heroes and monsters. Each has a new mechanic tied to it
- Of the other two mechanics, one is a repeated mechanic brought back that strongly hits the flavor of Greek mythology; the second is a mechanic that we thought had potential but didn’t live up to it first time out - it has been mechanically retweaked and given a new name and flavor. The last mechanics is also tied to the gods
- There will be more legendary permanents than normal - not Kamigawa but above average
- The set’s tone is one of accomplishment and adventure
- Not a lot of tribal but minotaurs get some love
- Many nods to elements of the stories of Greek myth
- 3 planeswalkers - Elspeth and two new ones
- A few gold cards but mostly monocolored with a little monocolored theme
- A Future Sight card and the set does something we’ve never done before except on another Future Sight card. 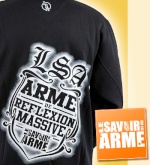 Creature - Cat
GW
Rare
3GW : Monstrous 1.
As long as Goatmane Lion is Monstrous, it has hexproof and indestructible.