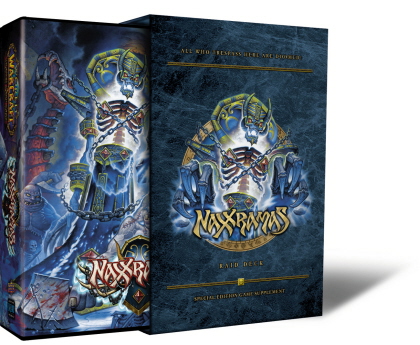 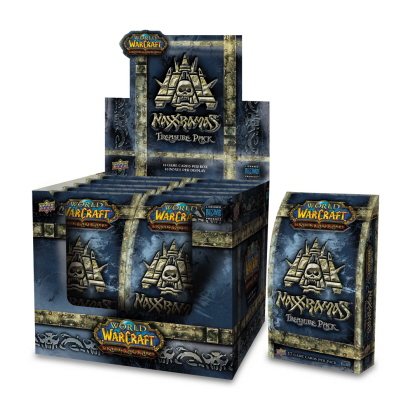 In response to player feedback, Upper Deck Entertainment will offer an
additional SKU with its next raid deck release for the World of
Warcraft TCG. In addition to the standard raid deck configuration,
which contains the raid deck and a “treasure pack” of exclusive cards,
Upper Deck will also offer the treasure pack separately, for players
who don’t wish to buy multiple copies of the raid deck for a complete
play set.

“One of the complaints that we got was that some of the tournament
players wanted the treasure pack content, but they didn’t want to have
to pay $30 repeatedly just to get that treasure pack,” Upper Deck’s Dan
Bojanowski told ICv2. “So we’re offering the same value here [in the
raid deck] but also a separate treasure pack for $9.99.”


The Naxxramas Raid Deck follows the same configuration as previous raid
decks, with a large deck for the “boss” player, 15 oversized hero
cards, rulebook, and treasure pack, for $29.99. The Naxramis Treasure
Pack, identical to the treasure pack in the deck box, contains 15
random cards of a 30-card foil subset, one alternate-art hero in
Naxxramas gear, and a loot card (from the Fields of Honor loot set) in
one of 10 packs, for $9.99. The raid decks and treasure packs will
arrive in stores November or December, probably after the Scourgewar
expansion 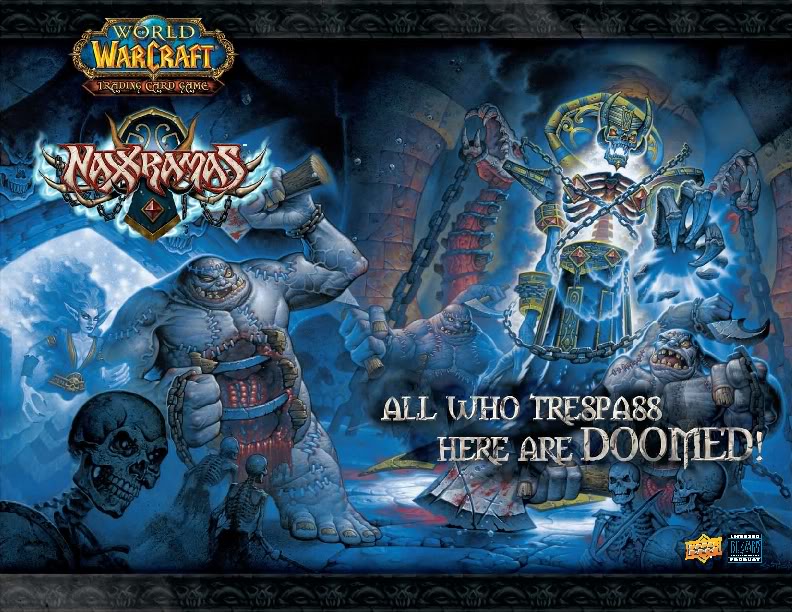 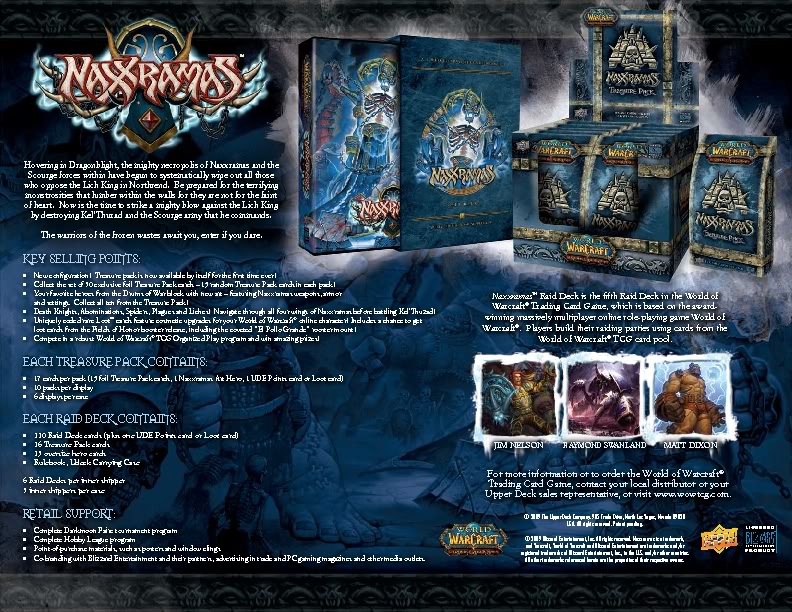 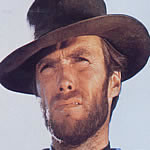